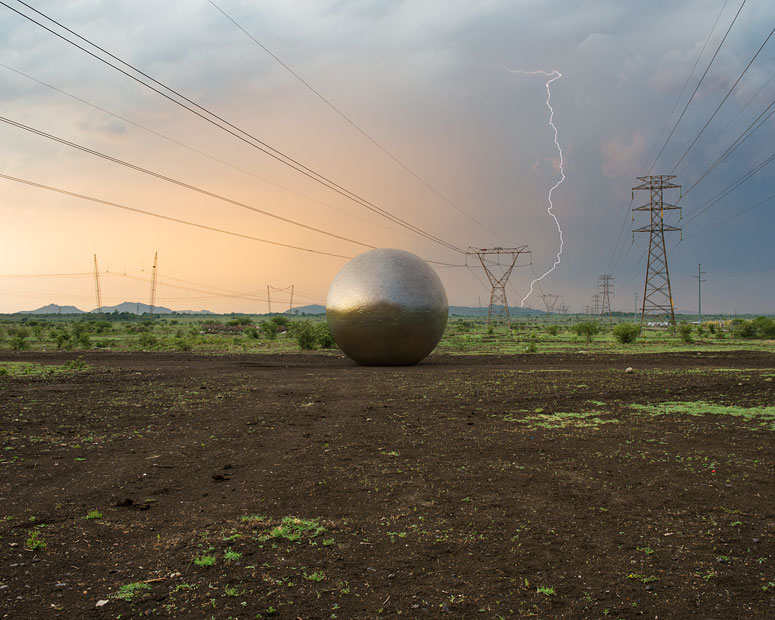 DILLON MARSH – For What It’s Worth

Photographic montages that symbolize the impact of the mining industry in South Africa!

The platinum mining industry is perhaps the youngest explored in this series, but it has left an indelible mark on South Africa’s recent history. These images were taken at the now infamous koppie at Marikana, where police opened fire on a group of striking mineworkers on 16 August 2012, killing 34 men and injuring 78 others. Against this backdrop, I’ve placed the total national output of all six of the platinum group metals since mining operations began in 1924.

South Africa’s first ever commercial mine, the Blue Mine in Springbok, began operating in 1852. More mines opened soon after as copper deposits were discovered in the surrounding area as well as more far-flung regions of the country. This, in turn, boosted the development of small towns in relatively remote areas of the country, as workers settled nearby. By 2007, however, most of these mines had run their course and production had stopped almost completely. This presents an uncertain future for the towns and people involved.

In 1867 a diamond was discovered by a young boy on a farm near Hopetown, in what is now known as South Africa’s Northern Cape province. News of this discovery quickly spread and before long prospectors found several diamond-rich pipes in the region, creating the backbone for bigger towns like Kimberley. Today, the country is one of the world’s leading diamond producers. The immense scale of these open pit mines and the relatively low yield associated with diamond mining make for a dramatic visual comparison.

The Witwatersrand Basin is a 300km long geological formation in South Africa that holds the world’s largest known gold reserves. Since its discovery in 1886, seven separate gold fields have been established along its arc. Using CGI I’ve represented the total amount extracted from each gold field.

Find more about the artist HERE.