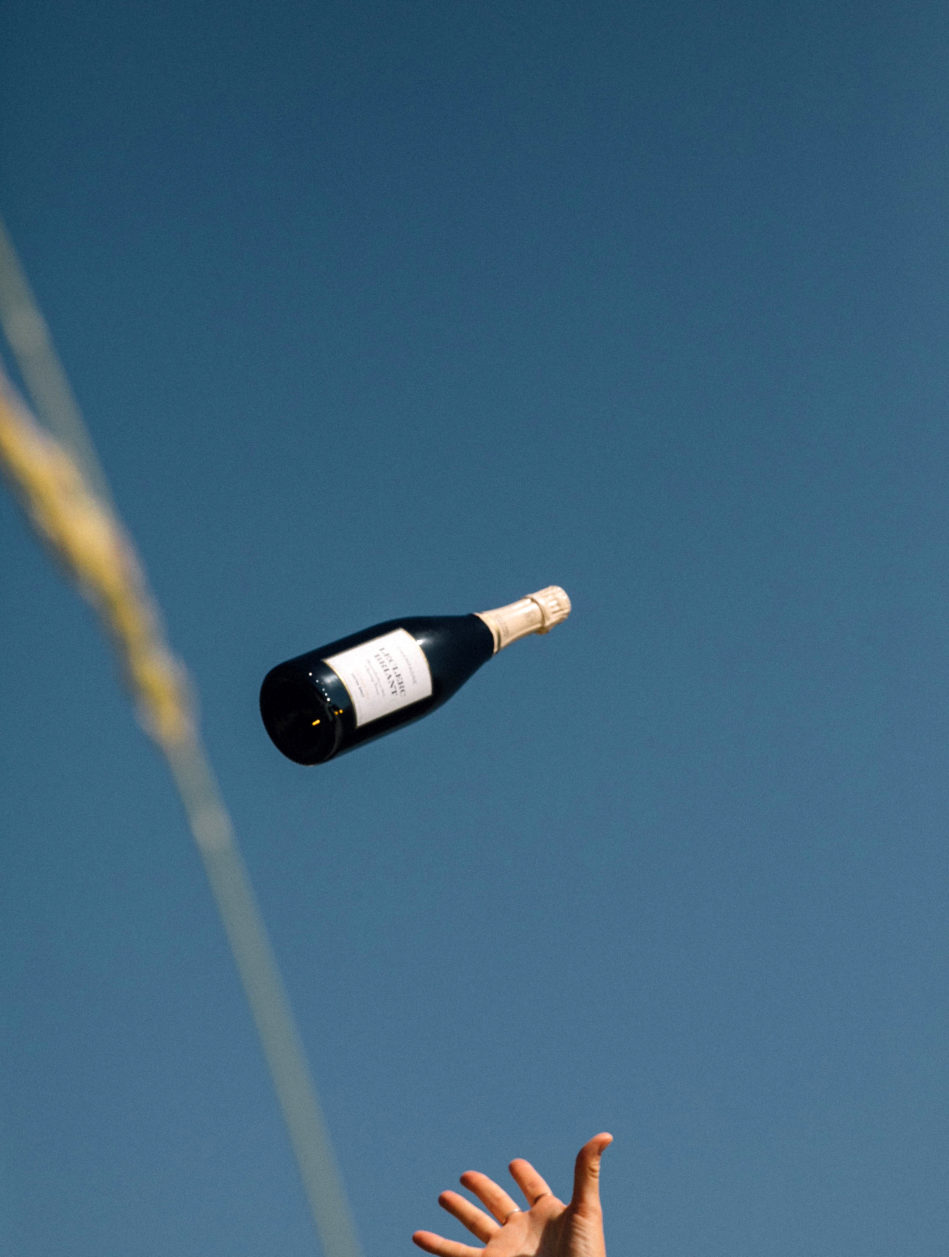 Considered as one of the main concepts at the origin of organic agriculture, biodynamy, a movement led by the maison de Champagne Leclerc Briant, aroused our desire to explore the ins and outs of this notion where nature is fully at work.

To put it simply:

Biodynamic agriculture is holistic, regenerative and positive. It aims to consider the cultivable land as a whole, an individuality in constant evolution. Biodynamy seeks symbiosis between soil, plants, animals and people. This is where the concept of the agricultural organism comes into play, with each farm or domain having its own specific character.

The foundations of biodynamy were laid by Rudolf Steiner in a series of lectures to farmers in 1924.

Biodynamic agriculture is an agriculture that ensures the health of the soil and plants to provide healthy food for animals and humans. It is based on a deep understanding of the laws of « life » acquired through a qualitative and global vision of nature.

This form of agriculture would regenerate ecosystems, provide healthy food but also offer new social perspectives by strengthening the producer-consumer link and the integration of the farm into the ecological, economic and cultural framework of its environment.

Biodynamy, similar to organic agriculture, is however specific in the use of « preparations » based on natural products, used to energise the soil. It also takes into account the influence of the stars and the rhythms of nature; the interest being to offer relevant solutions to the agricultural problems often encountered: soil fertility, drop in quality, endangered biodiversity.

Sometimes judged to be too esoteric by some, biodynamic agriculture is nevertheless enjoying growing success in the wine world: the revitalisation of the soil and the improvement of the vines result in beneficial effects on the wine, which then fully expresses its qualities.

History and early stages – dynamics of an agriculture

At the origin of the movement: Rudolf Steiner, Austrian polygrapher, scientist and philosopher, and founder of anthroposophy. On the basis of this doctrine, applications in the fields of education, agriculture and medicine were initiated. And it was following a series of eight lectures – entitled « Courses for Farmers », near Wrocław in Poland, that the foundations of biodynamic agriculture were laid in 1924. In that year and during his lifetime, Steiner would never use the word “biodynamics” and the collection of lectures was initially titled « Biological Fertilisation », whose intention was first to respond to the agricultural problems encountered in the 1920s – a drop in the quality of food over the harvests; degeneration of cultivated plant species; loss of fertility in livestock.

After 1930, the book became Agriculture biologique et dynamique, from the Greek dynamis (force). In this sense, the farmer must understand and work with the « forces » whose balanced expression would allow for optimal growth of plants and animals. The common expression will then become « biodynamic agriculture. »

Lord Northbourne, a keen agronomist, coined and used the term « organic farming » from the biodynamic concept of « farm as an organism » (organic whole)*, following a conference on biodynamic agriculture in Britain in 1939. In 1940, he published Look to the Land, which sparked off many discussions on organic farming. Rudolf Steiner is thus considered one of the founders of organic agriculture, which was established from biodynamy at the beginning of the 20th century.

By integrating the principles of sustainable development, biodynamy aims to consider the cultivable land as a living being in evolution.

Three basic principles are then necessary for the implementation of biodynamic agriculture:

Champagne Leclerc Briant, ahead of its time

At the end of the 1950s, Bertrand Leclerc, having taken over the family domain, decided to go against the established practices by starting his first trials of organic viticulture, even though most Champagne houses were still working with chemical products. In 1990, the champagne house took up biodynamic viticulture and became a pioneer of the movement in Champagne.

In order to fully consider the winery as a single entity in evolution, to identify and understand its specific needs, Leclerc Briant has been working for several years with Hervé Jestin, an oenologist specialising in biodynamy.

His years of observation and experimentation have convinced him that man, in his relationship with the vine and wine, is capable of understanding and soliciting the intelligence of nature. His work has enabled him to define the major principles of biodynamic resonance and to apply them not only to the cultivation of the vine, but also to the elaboration of the wines, a major dimension often eluded.

In the end, it is a question of ceasing all oenological inputs and the use of practices aimed at modifying the natural balance of the grapes in order to obtain a biodynamic wine; in short, no withdrawals, no additions, no modifications: nature is fully at work.

The values & commitments of the Champagne Leclerc Briant house in the 1.618 guide

The history and identity of Champagne Leclerc Briant

*John Paull, « The Farm as Organism: The Foundational Idea of Organic Agriculture », Journal of Bio-Dynamics Tasmania